British Indian firm ‘DataWind’ won the nations most innovative mobile company award from UK government. UK Trade & Investment (UKTI) that started its search for the award recipient in 2011, is a government department that helps UK-based companies succeed in the global economy.

Montreal based Suneet Singh Tuli, CEO of DataWind said, “We are honoured to be recognised; it is a great validation of our vision and I hope this will help create greater impetus for UK innovation.” 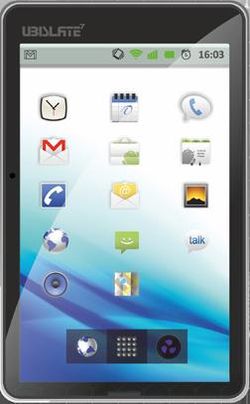 Aakash which is an Android device with a 7-inch touchscreen, 3-hour battery life, and 32 GB of storage is available starting at $35 for students and has been making headlines in India ever since Indian government decided to purchase 1 Lakh units of the device to school going children and further hopes to purchase upto 50 lakhs devices in current year.

Datawind had been in news for wrong reasons also, dealing with the claimed poor quality of the Aakash. Problems such as low memory, frequent system freezes, poor sound quality, absence of support for all formats were raised by the users.

After receiving feedback of the early release model from over 500 users from educational institutions, DataWind announced the next iteration that will have a new microprocessor of 700 MHz versus the original 366 MHz processor and that will ensure the user’s concerns are addressed.